The surgery was a huge success 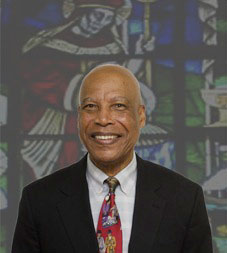 “My name is Clarence Clarke. I am a retired 70 year old IT professional. I believe in a higher power, God. My faith is solid, for God is my strength, my understanding, and my constant companion. The presence of God is more powerful than any temporary life condition. God moves in, through, and as every person. I trust the wisdom of God to help and protect me.

I was referred to Dr Adam J. Ball, M.D., of Gulfstream Urology Associates in May, 2009.

Between May, 2009 and May, 2012 I had no known prostate issues. PSA and DRE tests yielded normal results. However, in May, the 2012 PSA result went to 4.0. Dr. Ball explained what that result meant and reviewed my options with me. I decided to wait and have another PSA test before having a biopsy. It was during this time that I began to experience frequent urination, especially at night. I had another PSA test in November, 2012. My PSA had increased to 4.6. I elected to have a biopsy and was diagnosed with prostate cancer. I had a Gleason score of 7. My entire prostate was affected.

Prior to being diagnosed I had been reading as much as I can, talking with people who had been treated for prostate cancer, and familiarizing myself with the disease and my treatment options. I was ready and this made my consultation session very productive. I had my questions and concerns listed. Dr. Ball was patient, listened, explained what had to be done, and reassured me that he understood my fears. (It is important to note that I had never been hospitalized for any reason. Until this point, the most invasive procedure I had ever had was a colonoscopy.) His recommendation, that I have a radical prostatectomy using the Da Vinci robot (Robot – assisted Radical Prostatectomy), was easy to accept. He provided me with his booklet, “A Pathway to Recovery”, which detailed everything I should expect before, during, and after the procedure, as well as a CD with information about the Da Vinci surgery.

My surgery was scheduled to be at St. Lucie Medical Center in Port St. Lucie on February 14th, 2013. Dr Ball’s office staff was very helpful as well as professional. They scheduled all the necessary XRAYs, scans and MRIs, provided me with pre and post-surgery instructions, and scheduled my pre-op visit with the hospital as well as post surgery home health care. The St. Lucie Medical Center team was also very professional and helpful. They answered all of my questions and I felt as comfortable as anyone can possibly feel going into surgery.

Dr. Ball and his team delivered as was expected. The surgery was a huge success. I was out of my hospital bed and walking the evening of my surgery and was discharged by noon the following day. I had little pain or discomfort. A nurse visited for a few days to check on my scars then I was left to my own devices. The catheter was removed two weeks later. By the end of April I was without incontinence or any other side effects. I had my follow-up visit with Dr Ball on May 21st and was cleared to resume all normal activities.

Before I had been diagnosed I met a gentleman at the gym I attend. In the course of conversation he mentioned that he was diagnosed with prostate cancer in 2005 and that a doctor saved my life and I thought it dramatic at the time as I listened to him rave about his beloved doctor. He had never mentioned his name and I did not ask. Many months later, when I began to have symptoms, I again talked with him about what I was experiencing and mentioned that I my urologist was Dr. Ball. That is when he got all excited and told me that it was Dr Ball who saved his life. After my surgery, I had an opportunity to meet one of Dr. Ball’s med-school classmates. When Dr. Ball’s name came up in conversation he referred to him as a gifted surgeon who was at the top of his class. I now know why they showered such accolades upon him. I am thankful that divine guidance led me to Dr Ball.

Prostate cancer is NOT a death sentence. With the right urologist you can be free of the disease with minimal disruption to your life’s daily routines. One of the keys to a successful recovery is reaching a high comfort and confidence level with your urologist and the team. And, remember… You are the most important team member.”